First AppSumo purchase, 4th January 2011, just over eight years ago as I write this, 54 “deals” later, I finally decided to get round to write some kind of a review and recommendation. Not all of these deals actually cost me money, there have been a whole bunch of freebies in the mix, and I’ll list some of these as I go along, but it’s not been a free ride either, you just have to hope that some of the investments pay off.

So I guess the first question to address, is what is AppSumo? I have to be honest and say I can’t remember how I found the site, or where I spotted the first deal. The first deal I got was for something called LetsCrate, a file sharing system. Not something I can remember using, but it was only $15 for a lifetime deal. At that is one of the huge key selling points of the typical AppSumo deal. They are often “lifetime deals” which mean you make a single payment for something that probably normally has an annual or monthly lost. Now I look at their site, it has a 2015 date at the bottom, and so I guess it’s “lifetime” was about 4 years.

One of the attractions of AppSumo (for me at least) is the gamble that you might just have stumbled across the next brilliant product, early in its lifetime, getting long term access at a great price. Typically most AppSumo deals are less than $50 and when you consider the “value” of the benefit over a number of years can run into thousands, it can be an awesome buy. You generally get up to 60 days to claim a refund, so if you find the product doesn’t suit your needs or have enough potential, you’ve had a great chance to test it, risk-free before you make that decision.

There have been a few things that haven’t worked out and I’ve taken a refund, but I’d say generally it’s been less than 10. There’s probably a similar number where I didn’t refund but haven’t made much long term use of the product, sometimes because I forgot to get the refund, but some because I hung on to them there was just a chance I might need it in the future, or a charity or community group might get a benefit from it. 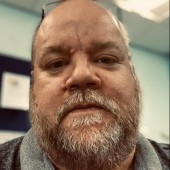